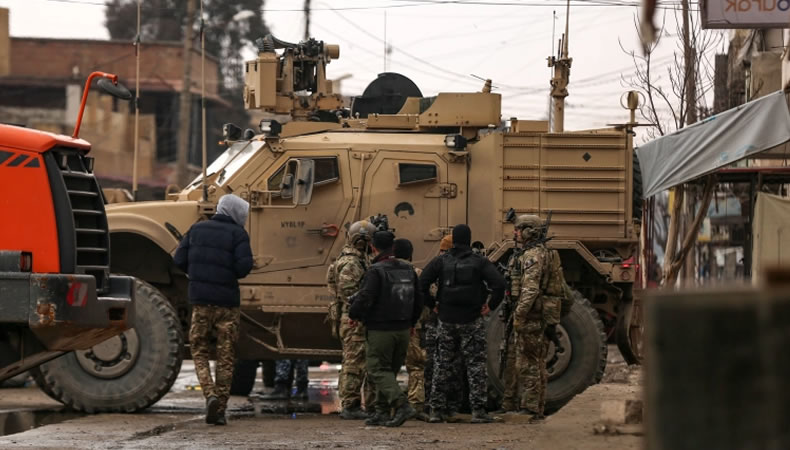 Syria–The United States (US) President Joe Biden said that the attack on Abu Ibrahim al-Hashimi al-Qurayshi was designed to minimise civilian casualties in Syria. On Thursday, a raid by the U.S. Special Operations forces resulted in the death of the Islamic State’s leader. Reportedly, it was done after months of planning.

The forces conducted a large-scale counterterrorism raid in northwest Syria and once again left the ISIL (Islamic State of Iraq and the Levant) terror group without a leader. Biden claimed that it was done to protect the American people and its allies from the terror group. He claimed that it will make the world a safer place to live. Subsequently, he said that the U.S. forces who took part in the raid had returned home safely.

According to Joe Biden, al-Qurayshi set off a bomb that killed him and members of his own family as the raid got underway. However, rescue workers said that women and children were among at least 13 people killed during the assault. Reportedly, Biden had approved the raid on Tuesday after months of military planning. The officials also rehearsed for the raid, which involved a tabletop model of the building. On Thursday, he called the operation a warning to all terrorist groups.

The leader lived on the third floor of a building above the families that lived on the first and second floor. US officials said that the military officials chose to conduct a raid with troops instead of bombing the building to minimise harm to the family that lived on the first floor. Pentagon officials said that ten civilians, including eight children, had been safely expelled from the place. Reportedly, for Biden, the success of the operation was a welcome relief from the threat of a Russian invasion of Ukraine.