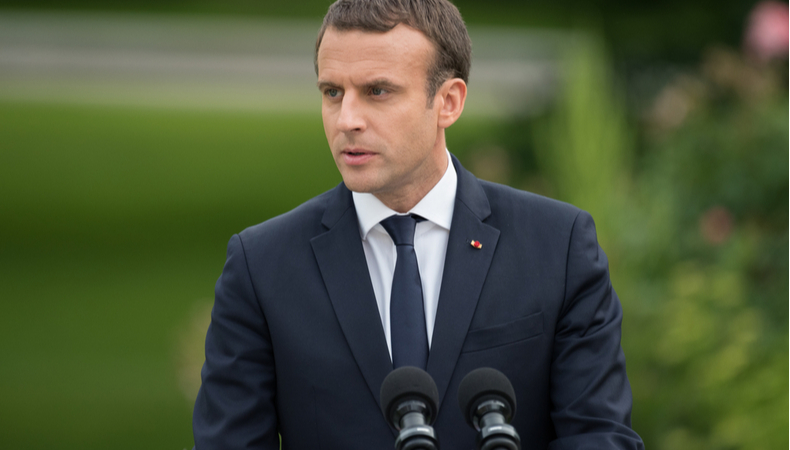 Turkey bluntly condemned the meeting of French President Emmanuel Macron with some members of the Syrian Democratic Council, the representative body of the Kurdish-Syrian administration of the Pyd, considered “terrorist” by Ankara but supported by the US and Western countries in the fight against ‘Isis and the stabilization of the region. The accusation is contained in a note from the Ankara Foreign Ministry. The Paris relationship with the Syrian Kurds “threatens Turkey’s national security and efforts to protect Syria’s political unity and territorial integrity.”

Already in the past, Sultan Erdogan had criticized Macron for the French position in Syria. And more precisely, the French government’s support for Kurdish fighters fighting with the Turkish army.In 2018, in Paris, French President Emmanuel Macron received a delegation of representatives of the Forces of Rojava, Western Kurdistan. And immediately, the voice of the Turkish head of state Recep Tayyip Erdogan made itself heard. “I am extremely embittered by France’s wrong approach to this problem,” the leader of Ankara thundered in a speech given in the Turkish capital to MPs from his conservative and Islamist party. “Who are you to talk about mediation between Turkey and a terrorist organization? We don’t need a mediator. Since when does Turkey sit at a table with a terrorist organization? France is going far beyond limits “. Erdogan added, neglecting to talk about his support for Syrian jihadists.

At the Elysée, the Syrian Democratic Forces (SDF) representatives had talked about the current offensive by the Turkish Armed Forces in Syria, called ‘Olive branch,’ and about the fighting in Afrin and the following target locations of Erdogan’s army. Paris had asked Ankara to establish a dialogue with the militias, primarily made up of the Kurdish People’s Protection Units (YPG), considered by the Turkish authorities to be a Syrian branch of the Kurdistan Workers’ Party (PKK) founded in 1984 by Abdullah Ocalan, and therefore regarded as terrorist organizations.

The PKK is registered as such by both the European Union and the United States. On the other hand, the West’s approach to Kurdish units is different. Some of them engaged in the conflict in Syria. Washington, for example, considers both the YPG and the Pyd (Democratic Union Party) as whole groups and allies in the fight against the jihadists of the self-styled Islamic State in Syria and Iraq, as happened in 2015 in the liberation of the city of Kobane. Ankara, however, does not deflect from its convictions. “You can sit at the table with a terrorist organization – added Erdogan referring to France -, but Turkey is fighting it as it did in Afrin.”

The sultan has consistently denied any negotiation hypothesis: “We reject any effort to promote dialogue, contacts, or mediation between Turkey and these terrorist groups. The countries we see as allies and friends should show a clear position against all types. That is because of terrorism and not to take steps that legitimize terrorist groups. Turkey’s approach towards the PKK / Pyd / Ypg is straightforward: we reject fatuous methods such as dialogue, contacts or mediations with them “.

Macron then seemed to offer himself as a mediator, urging the opening of a conversation between the Syrian Democratic Forces and Ankara with the assistance of France and the international community. Some rumors even spoke of the possible sending of French soldiers to support the Kurds in Syria, a hypothesis officially rejected by the Elysée but could be accurate today.