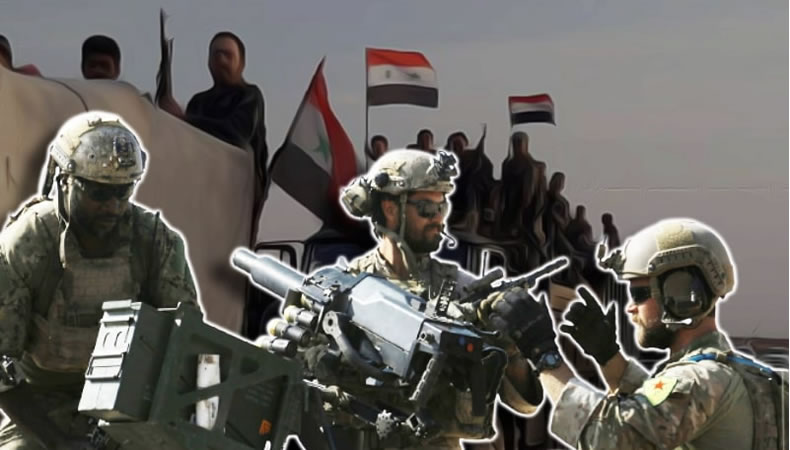 On Sunday, violent clashes were reported between Kurdish security forces and pro-Syrian regime demonstrators. The pro-regime news agency SANA reported that the situation grew tense after Kurdish forces started open firing at the demonstrations, which led to the killing of one Syrian and injured four others. It added that the demonstrators were protesting against the siege of their neighborhood in Hassakeh city, in northeastern Syria.“As the Asayish (Kurdish security forces) opened fire to disperse the protest, four protesters were wounded, one of whom died shortly after in the hospital,” Jindar Berekat, a reporter based in Hasaka.

A Kurdish-run news agency, Hawar, reported the contrary stating that the demonstrators included the local militia, backed by the Syrian government. The local media said that the violence was prompted after a checkpoint manned by Kurdish fighters, was attacked by pro-Syria protestors.Different accounts presented different version of the incident, though the a fair and independent version could not be availed since it was not possible to verify the exact cause behind the skirmish in the city, where security forces from both the sides were posted.

Hasaka is heavily controlled by US-backed Syrian Democratic Forces (SDF), a military alliance which included Kurdish fighters and other groups. US claimed that Kurdish security forces have been one of the key drivers of its mission aimed at wiping out the Islamic State (IS) terror group from the region. Some believe that the presence of US troops is also a reason for tension between Kurdish and Syrian forces.

Read more : The Syrian Central Bank issues a new banknote, the symbol of a collapsing country

Besides, on Sunday Syria witnessed two more blasts, in which at least 12 people got killed, including seven civilians, in Turkey-held northern Syria. One blast occurred near a cultural center in the town of Azaz and killed seven civilians, including a young girl. While the second incident, which was also a car blast, happened near the town of Al-Bab targeting a checkpoint managed by pro-Ankara rebels. It killed five fighters, the reports said.

COVID-19, in Israel the ultra-Orthodox revolt against the restrictions continues