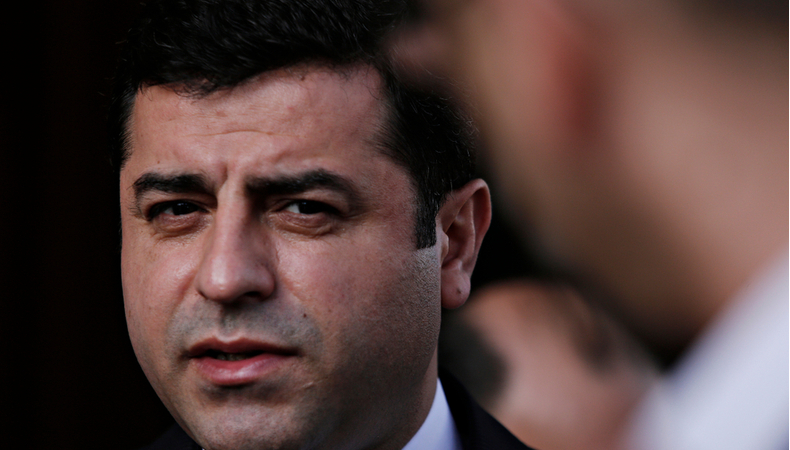 Selahattin Demirtas, a former leader of the Democratic Party (HDP), has been imprisoned in Edirne prison in Turkey for more than three years. Demirtas and nine other HDP members of parliament, who advocate for the political rights of Kurds and Kurds and others minorities in Turkey, was arrested on November 4, 2016 and charged allegations including the leadership of the terrorist organization, dissemination of terrorist propaganda and inciting violence against the Turkish government.

The Turkish government arrested Demirtas for failing to carry out his political goals in Turkey and deprived him of his personal rights. The Grand Chamber said it had first arrested Demirtaş and then deliberately extended the politician’s detention for more than four years. Turkey has violated the rights of this politician and others seeking the rights of minorities living in Turkey. According to the chamber, political debate is central to the ideology of a democratic society, but it is a repression and a violation of the fundamental rights and freedoms of politicians, and should be released immediately.

Demirtas faces up to 142 years in prison if convicted of leading a terrorist organization and campaigning against President Erdogan’s government in connection with the 2014 protests that killed more than 37 people. According to the Grand Chamber, his detention is a threat to the people and human rights, which is detrimental to democracy and human rights. According to the statement, the politician has denied all allegations, most of which were carried out by Islamist militants in southeastern Turkey, who then overthrew Kobani city.

Human Rights Organization (Human Rights Watch) in accordance with Article 19 in November, they issued a detailed history of the case of Demirtaş’s arrest and the way they continued to charge for four years. Specifically, the statement said that many penalties could be imposed if convicted on charges of terrorism.”The arrest of this politician is a covert operation aimed at curbing the large number of people who oppose the Turkish government’s harsh treatment of dissidents and restricting the freedom of political debate,” the statement said. The court also said in a statement that the reason for the arrest was to cover up a political motive, which was not the case. It is indisputable and trampled on democracy.

Not only is the former leader of the Peoples’ Democratic Party (HDP) jailed but there are thousands of politicians, academics, judges and civil servants detained across Turkey in recent years who have been accused of supporting one of the extremist parties of the Kurdistan Workers’ Party (PKK) and that they disagree with Erdogan’s government. Hundreds of people have also been arrested for allegedly collaborating with US-based Fethullah Gülen, whom Ankara has accused of plotting a 2016 coup.