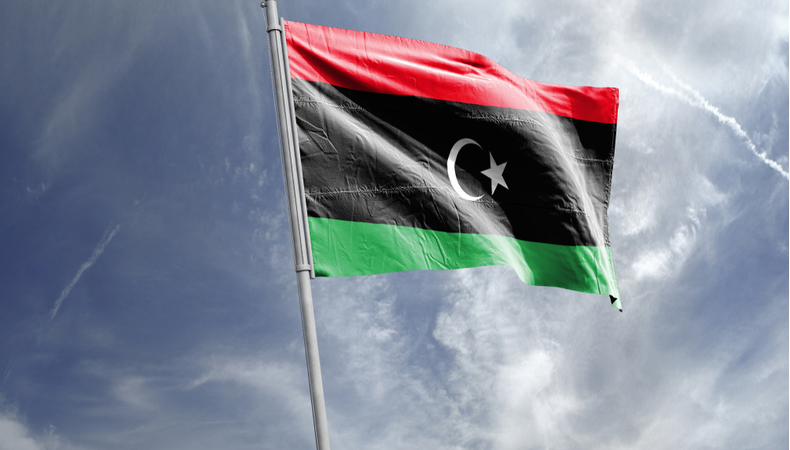 Following the agreement on a proposal for the selection mechanism of a unified executive authority, reached by the Advisory Committee of the Libyan Political Dialogue Forum (LPDF) in Geneva on 16 January, the United Nations Support Mission in Libya (UNSMIL) conducted a one-day voting process, from Monday 18 January morning to Tuesday 19 January, during which the LPDF members were asked to cast their vote on the proposal.

UNSMIL indicated that seventy-two LPDF members engaged in the voting process, with 51 voting in favor of the proposed mechanism, representing almost 73 percent of the votes cast, and 19 members voting against. Two members abstained and two others did not engage in the process, the Mission affirmed in a statement.“With 73% (seventy-three percent) of the votes cast in favor of the Advisory Committee’s proposal, the proposal has therefore passed by exceeding the stipulated threshold of the voting process, set by the Advisory Committee at 63% (sixty-three percent) of the cast votes.” It added.

The outgoing Representative of the Secretary-General for Libya, Stephanie Williams,welcomed the vote on Tuesday, noting that this day was marking the first anniversary of the Berlin International Conference on Libya. With this vote, LPDF members took a significant step forward towards the implementation of the Roadmap adopted in Tunis meeting last November. “Libyans have now a genuine opportunity to move past their differences and divisions, select a temporary government to reunify their institutions through the long-awaited democratic national elections, which will take place on 24 December 2021.”

The UN mission to Libya indicated that is finalizing the nomination procedure and forms as well as a timeline for the voting process, which will be shared with the LPDF shortly. A committee of the LPDF will verify the submissions to ensure full transparency.In the same context, the Libyan Constitutional Committee started its second meeting with the participation of two delegations from the Eastern Parliament, the House of Representatives, and the Tripoli-based High Council of State, each comprising 10 members. According to UNSMIL, the meeting generously hosted by the Egyptian Government, in Hurghada, is convened to discuss the constitutional arrangements necessary to hold elections in the North African country on December 24, 2021.

In her opening remarks via video call due to coronavirus, ASRSG Williams stressed the necessity of agreeing on the constitutional arrangements, given its importance and connection to the other tracks. “If you fail to reach an agreement, this will have very negative repercussions on the other tracks including the security and economic situation. Therefore, you have a great responsibility to reach a consensus on the constitutional arrangements.” A statement affirms that UNSMIL supports and encourages constructive dialogue between the two Councils and looks forward to the outcome of the Committee’s deliberations by the 60-day deadline in accordance with Article 4 of the Roadmap.

Williams, at the end of her mandate, has staked everything on the Libyan Political Dialogue Forum to lead Libya out of stalemate, however many do not believe in the possibility of the forum being successful. Instead of addressing the problems in the country, the correspondent continued to put pressure on the participants in the LPDF to vote for a new executive capable of serving the interests of the Libyan people until the elections. However, the process did not involve the military actors and the countless militias that have held the country’s political life hostage for years.

Williams, at the end of her mandate, staked on the LPDF as the only solution to lead Libya out of stalemate. But many do not believe in the possibility of the forum being successful. Instead of addressing the economical and security problems in the country, the correspondent continued to put pressure on the participants in the LPDF to vote for a new executive capable of serving the interests of the Libyan people until the elections. However, the process did not involve the military actors and the countless militias that have held the country’s political life hostage for years.

The “Tripoli and Western Region Protection Force” released a note on Tuesday evening rejecting the results and the voting method announced by UNSMIL. The statement published on the Facebook page of the Tripoli Protection Force, a coalition of armed groups in the capital, is addressed directly to the Secretary-General of the United Nations, Antonio Guterres, the ambassadors of the permanent members of the Security Council, and the heads of the country’s missions sponsoring the political dialogue on the Libyan question.

The Tripoli and Western Region Protection Force said in its message to monitor the current course of political dialogue, appreciating “the role of the United Nations in its efforts to seek stability, peace and the peaceful transfer of power.” The coalition confirmed it has observed a dangerous deviation from the correct path in a series of “transgressions,” starting from the suspicious way of selecting some of the characters who participate in the dialogue. Also, how proposals are presented and voted, ending with the personal interference by some mission members in directing the political path towards specific objectives. “The interest of Libya is not needed, but rather a small circle of parties that will not be able to bring Libya to safety.” Affirms a statement.

The Tripoli and Western Region Protection Force stressed to reject the voting method, indicating that the head of UNSMIL Stephanie Williams “put pressures for the remaining period of her duties in Libya, in a scene that robs the will of the majority of the Libyan people, and in a rush of time that reflects the indignation of the head of the mission for the interests of the Libyan people who suffer the ravages of disease, wars, and poverty.”

The force also affirmed “the need to return to the Libyan-Libyan dialogue and to sponsor it and to move forward with a peaceful dialogue as soon as possible through our national institutions”, declaring to act in defense “of values, principles, and sovereignty Libyan “. The coalition concluded by asking for the intervention of the Secretary-General of the United Nations to correct the mission’s path and serve the interests of the homeland and the citizen.It seems clear that if these requests go unheeded, the country could sink into a new conflict, especially in western Libya, where the security situation remains precarious and divided between heterogeneous armed groups with different interests, ideologies, and objectives.