Top 5 Female Politicians In Libya You Should Know About

Najla Mangouch is the first female foreign minister of Libya. She has been serving the Ministry of Foreign Affairs in Abdul Hamid Dbeibeh’s government since 15 March 2021. She is also the fifth woman to hold the position of a foreign minister in the Arab World.

She has worked in the field of executive training in many Arab countries. Mangouch has also represented Libya at the United States Institute of Peace.

Halima Ibrahim Abderrahmane is the justice minister of Libya. She has also worked in the judiciary and Libyan courts. She is popular in Libya as she is one of the best female politicians in the country.

Wafaa Abou Bakr Muhammad Al-Kilani is the Social Affairs Minister of Libya. She is also an entrepreneur and a trainer in human development. She is an inspiration for other women in Libya.

Mabrouka Tovi Osman Aoki is the culture minister of Libya. She has a degree in economics and nuclear physics. She is active in civil society. She is best known for her calm nature and beautiful personality.

Houria Khalifa Miloud al-Turman is the Minister of Women’s Affairs in Libya. She has worked for the peace and security of the country. She always speaks about women’s rights. She is an inspiration in Libya’s politics.

Saudi Arabia And Egypt Have Signed 14 Agreements Worth $7.7 Billion 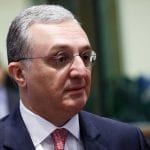 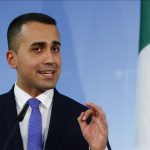 Details on the European mission to Libya: sustain peace, security and development

A new wave of Coronavirus is bringing Tunisia to its knees: 6,000 cases and 116 deaths in 24 hours 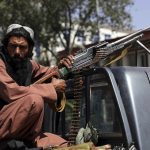 Taliban kills relative of a journalist working for DW News