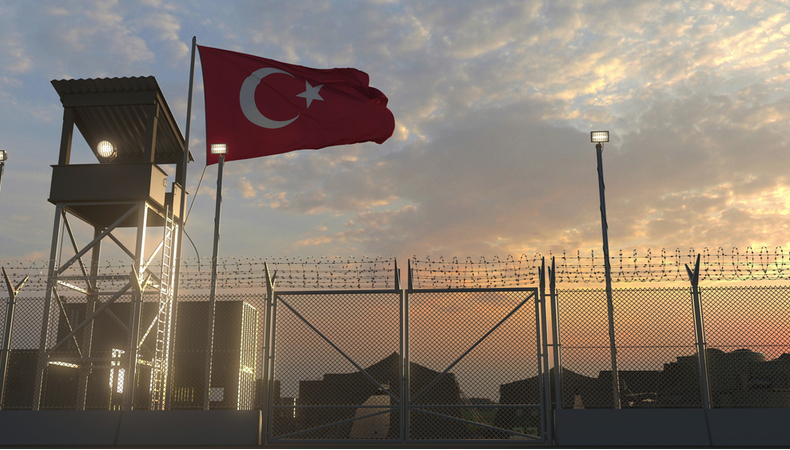 Turkey trains and ships Somali troops in exchange of aid and money to destabilise Libya, Syria and Yemen

Turkish forces set their feet in Somalia back in 2010 in the name of providing humanitarian aid to latter, post a deadly drought which took away a quarter of a million lives. Gradually the aid organisations were replaced by Turkish companies, who took over the control of the country’s key port in Mogadishu and Adam Adi International Airport in the capital, along with managing health and educational institutions across Somalia.

A decade ago, Turkish focus in Somali was limited to Mogadishu port, while at the same time it was also dabbling with interests in other Horn of Africa nations. But today, with the international community being hesitant to enter the African nation over security concerns, Turkey has been using the opportunity to exercise greater influence over Somalia. Recent reports exposed that Ankara has entered a strategic bargain with the African country wherein it has been providing the poverty-riddled nation with humanitarian aid and funding for various development projects in exchange for Somali troops, who are trained and shipped to Libya, Syria and Yemen.

Turkish President, Recep Tayyip Erdogan’s rushed visit to Somali in August revealed his true motive of extending Turkish aid to the country. Observers believed that Erdogan projected itself as Somalia’s sole saviour and ordered the appointment of a new ambassador. Wherein in reality, Turkey had been trying to extend its influence to the political corridors of the African country, with an attempt to set an authoritarian region in the country, which would lean towards Turkey and its allies.

It was the first time in past 20 years, the country showed serious interest in the African country and its recent foreign policy shift with regard to Somalia was driven by political, economic and geographical reasons. Turkey, which holds a large military base near Somali capital, Mogadishu, largest outside Turkey, has been using the facility to train about 1500 Somalian troops, using Ankara’s military prowess and technology. The Turkish military base in Somalia expands over 400 hectares of land, located on the coast of the Indian Ocean and near the main airport, includes three schools, dormitories and weapons depots where 200 Turkish officers and trainers work together with Somali forces.

Ankara’s main purpose of establishing the military base there was to send Somalis to war lands such as Syria and Libya in exchange for money and aid. Besides, the African country which has a coastal border with the Gulf of Aden and the strategic Babü’l-Mandab strait, also provides Erdogan with an easy access to Yemen, wherein it aligns its forces with Iran-backed fighters.

Another reason, which made Erdogan set his eyes on Somalia, the country’s willingness to let Ankara investigate the sources of energy in the country’s territorial waters. Hence on January 23, 2020, Erdogan made a formal declaration stating that Mogadishu has invited Ankara to search for oil and natural gas in Somali waters. Analysts believed that the African nation holds large stocks of oil, whereas the preliminary information revealed that 15 blocks containing 30 billion barrels of oil can be easily operated in shallow and deep water. The bilateral trade between Turkey and Somalia in 2019 reached at 206 million dollars as comparedto $ 144 million in 2017.

Hence Ankara invested in opening a military base in Mogadishu, putting in $ 50 million and set an aim to train 10,000 Somali soldiers. The base is used not only to raise war mercenaries but also to train two major wings of Somali forces (Harmad and Gurgor) to control internal events of the country. Harmad comprise the country’s police force ranging between 900 to 1000 soldiers, while Gurgor form its special military force, consisting of 5000 troops. Both the forces receive high-level military first at the Turksom base in Mogadishu and then in Turkey. Besides the military training, Ankara is also know for supplying arms and ammunition to these Somali forces. These troops receive direct orders from two key sources: President Farmajo, and the Turkish officers at Mogadis humilitary base.

Last December, Reuters revealed that Turkish plan of supplying Harmad forces with 1,000 machine guns and 150,000 bullets, sparked criticism in the Council of Candidates’ Union, where the protestors sent a letter to the Turkish embassy in Somalia on December 16 pressuring Ankara to postpone its armament plan. The members of the council believed that heavy arming of the forces could impact the country’s 2021 elections.

To deal with the upcoming elections, Somali federal government has been using these militarised troops to control rise in friction in any region. Of late, the African country’s government transferred units of Gurgor battalion to Gedo Province to control the rebellious forces of the Jubaland State Administration and later removed them from large parts of the province in place of the positions earlier held by the Jubaland forces in the province.

Besides, in early December 2020, the federal government also transferred hundreds of Gurgor forces to the city of Tusumareb, the capital of the state of Galmuz, for reasons related to the upcoming elections, as some state ministers claim. Observers contest that Turkey has been trying to keep the current regime in power by extending its muscle might to it, though many wonder what would happen if the tables turn.

Israel, the worst environmental catastrophe of the last ten years