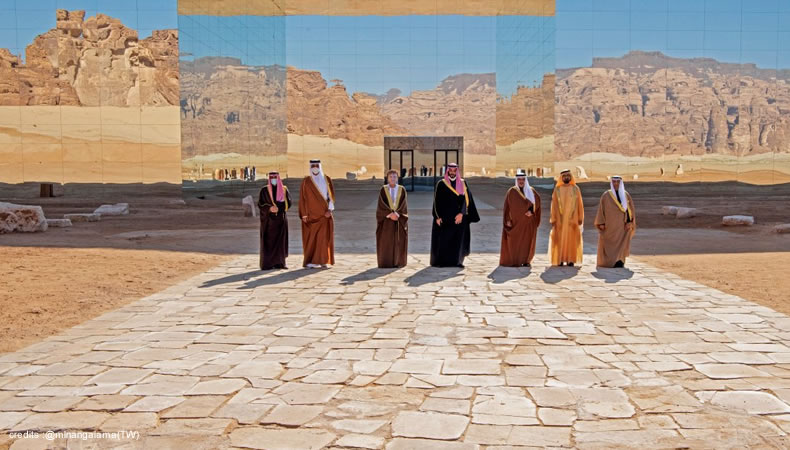 The 41st Gulf Cooperation Council (GCC) summit which concluded on Tuesday, January 5 shared the message of regional solidarity and stability, with complete reconciliation of diplomatic ties with Qatar. The summit focused on coordinating efforts among member nations to combat encounter common challenges including coronavirus pandemic, terrorist activities, increasing development of nuclear weapons by Iran and other threats to Gulf security

“This summit sends a message to the entire world that no matter how much disagreements are there in one house, it takes wisdom to overcome all these and take the region to a safety land,” said Foreign Minister Prince Faisal Bin Farhan in a joint press conference with the GCC Secretary-General Dr. Nayef Al-Hajraf at the end of the summit on Tuesday evening.

The summit was wrapped up with the signing of a communique, which was termed as “AlUla Declaration,” and mainly emphasised on ending the Arab Quartet boycott which had been ongoing for past three years. As a mark of resumption on ties between the Arab nations and Qatar, Saudi crown prince Mohammed bin Salman invited and greeted Qatar’s emir, Sheikh Tamim bin Hamad al-Thani, in Al-Ula, north of Medina, on Tuesday.

Prince Faisal emphasized that the “summit led to turning the page on the past and looking forward to a future dominated by cooperation and respect in a way that preserves the security and stability of states.”On the other hand, GCC Chief Al-Hajraf commending the strength and determination of Gulf nations said, “The AlUla Declaration emphasized the lofty goals of the GCC, and strengthened the bonds of friendship and brotherhood among the GCC countries.”

Al-Hajraf, who read out the AlUla Declaration, said, “The communiqué emphasized the completion of implementing previously agreed economic projects and strengthening of military integration among the member states to confront the challenges.” “The Gulf countries dealt with the repercussions of coronavirus with economic decisiveness,” he said while pointing out that the economic challenges due to the pandemic would continue for some time,” the GCC chief added.

Regional analysts believed that the summit appeared to be stepping stone towards reconciliatory efforts but lacked detailed conditions of all the nations from both the sides required for joining hands. But observers agreed that any move towards Gulf unity was better than a standoff. Many suggested that Saudi kingdom opened doors to Qatar to build a stronger resistance against Iran.