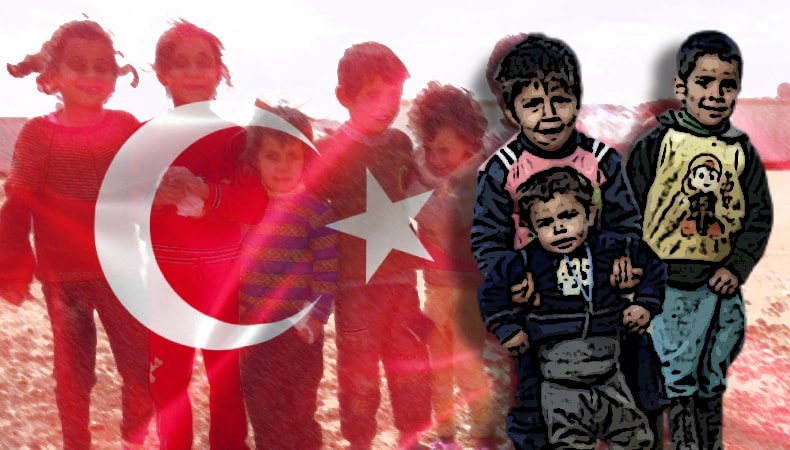 How are the lives of refugee children from Syria shaping in Turkey?

After the Civil War broke out in Syria, many people fled from the country and took refuge in Turkey. Among them were children who had a difficult life in Syria and had no one to take care of them. But along with them, there were pregnant mothers too who traveled to Turkey to shed themselves from the tortures of Syrian regime.

One of them is Fatma, who was born in Turkey, is the daughter of refugees from Syria. She is fluent in Turkey and her parents encourage her to learn some Arab words as well to maintain a connection with Syria. But they are not sure if her daughter is safe in the country or not.

They have seen many children, who also have Syrian lineage, attending Kindergarten with her daughter who have faced xenophobia in their schools. They have used all their money to send her to early school and from there they have heard of instances of xenophobia.

Nearly 6.6 million people have been forced to flee from the county and another report shows that 6.1 million are internally displaced. It has been ten years since the Syrian civil war. There are many children who have fled from Turkey but they continue to face hardships and there are greater efforts that need to be made to ensure that they do not lose their way.

There is a controversial refugee deal between Turkey and the European Union. The two sides came into consideration for giving space to Syrian refugees on march 18, 2016. This was essentially done to reduce the influx of refugees stepping in Europe to take a shelter. Europe promised aid packages worth $6.7 billion and various other political benefits for Ankara if it gives refugees shelter.

Now even though Turkey agreed to the deal, which is already in talks for being renewed, it is not providing proper security and safety to the Syrian refugees. This puts the deal renewation process at risk as Europe is examining the position of Turkey and is having second thoughts regarding the shelter exchange programme.

The country currently has 3.7 million Syrian refugees of which 46% are children. Nearly 1.2 million come under the age group of school-goers and another 500,000 are aged below five. Those who are enrolled in these Turkish schools are putting full efforts to assimilate in the society so that they become a part of the facilities but they continue to face discriminiation from the peers from families of other students.