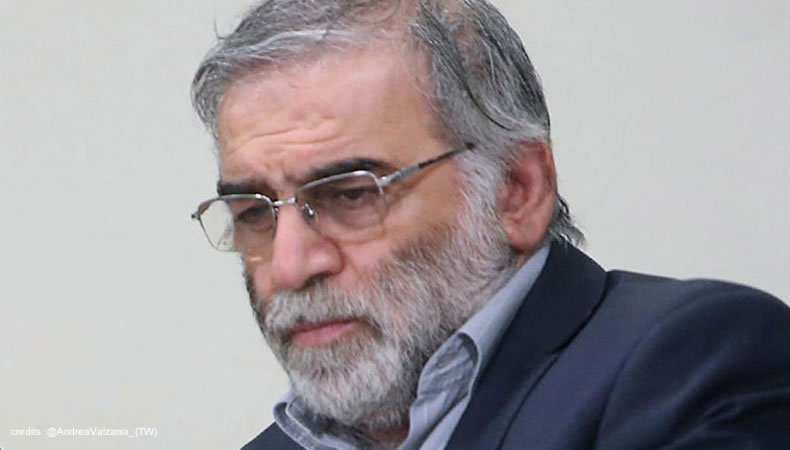 According to a recent report, latest investigations hinted that the Iranian nuclear scientist, Mohsen Fakhrizadeh, was killed through a satellite-controlled machine gun, which was powered by artificial intelligence. Fakhrizadeh, who was assassinated last month, was the Islamic Republic’s top scientist, who had been working on Iran’s secret nuclear weapons programme. On Sunday, the deputy commander of Iran’s Islamic Revolutionary Guard Corps told Iranian media that Fakhrizadeh was targeted when he was driving on a highway outside Tehran with 11 guards on November 27.

Rear Admiral Ali Fadavi told the Mehr news agency that Iranian scientist was fired at 13 rounds of machine gun which was “zoomed in” in him and “controlled online” by satellite. Fadavi added that the level of accuracy was such that Fakhrizadeh’s wife, who sitting along with him just inches away, escaped any injury. Fadavi said that the machine gun was placed on a Nissan pick-up truck and the attack was executed through an “advanced camera and artificial intelligence”.

Read more : Iran warns nuclear enrichment as a response to US sanctions and nuclear scientist’s assassination

Though Iranian authorities have still not been able to nail who led the assassination, but have been pointing fingers towards Israel because the weapons found on the spot, had “made in Israel” on them. Last week, President Hassan Rouhani said that he believed the Jewish nation was responsible for the killing. He said that Israel led the operation acting as a “mercenary” for the US. If true, it would be second high profile killing by Trump administration, after murdering Iranian top general Qassem Soleimani in an airstrike, earlier this year.

It was not the first time, rival nations targeted Iranian scientist, it was rather the fifth assassination of Islamic Republic’s nuclear scientist since 2010. Israel hasn’t commented on the allegations, but intelligence reports showed that Israeli Prime Minister Benjamin Netanyahu had the scientist’s name in a power-point presentation on Iran’s nuclear program in April 2018.

Winds of revolution in Tunisia