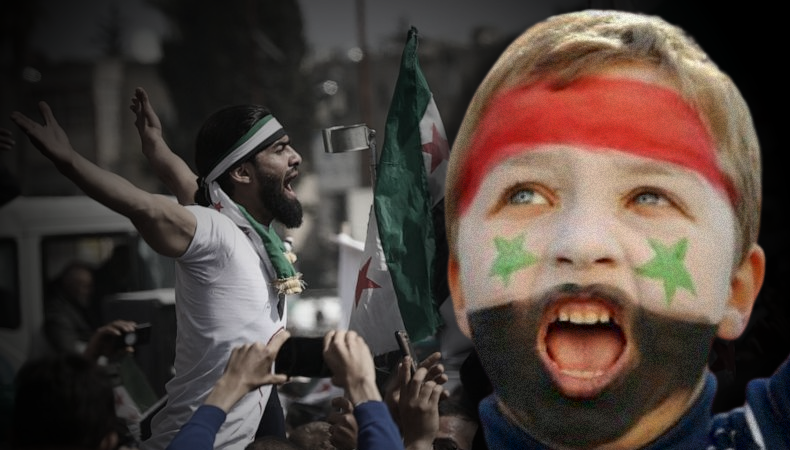 Syrian uprising: 11 years to the outbreak that turned into a civil war

Syria– It has been 11 years to the Syrian uprising, an outbreak that quickly transformed into a civil war and then an international proxy war. The Syrian uprising was followed by similar unfolding in Tunisia and Egypt. In both countries the presidents eventually resigned.

The Syrian uprising was triggered after series of arrests and deaths of many teenagers who had painted graffiti on walls of their hometown Deraa in southwest Syria, that read “Down to Assad”. The uprising started in Syrian outskirts as a protest against Syrian President Bashar al-Assad who had focused on urban development. The existing anger and fresh arrests as well as deaths led to triggering of uprising from Deraa. But even after the widespread protests Assad refused to step down and decided to use all his might and power of country’s military against the Syrian population. This led to the uprising transform into civil war.

The Syrian civil war was not between Assad regime against one opposition but rather against multiple entities. The opposition was divided on the lines of religion and ethnicity. The religious majority of Sunni fought against Alawite regime. The Alawite regime was supported by the Alawite and Shi’ite minorities, along with parts of the Druze community led by the remaining loyal members of the Syrian army. Surfacing protests and anti-government movements were divided on their level of religiosity, conservative ideology, or secularism mainly. This lack of unity was one of the main reasons that caused the failure of the opposition against Assad regime.

The internal conflict, chaos and lack of unified direction against Assad regime gave a perfect ground for rise of ISIS. The militant Islamic Group was formed in October 2006 through efforts of Jordan born Abu Musab al-Zarqawi. After being released from Jordan prison for his terrorist attacks, he joined al-Qaeda in Afghanistan. His ideology spread to Syria and led to rise of IS in the country amid chaos.

The rise of ISIS in Syria was believed to be an end of Assad’s rule by many experts. But intervention by foreign powers changed the dynamics of internal conflict. Russian President Vladimir Putin saw an opportunity in this situation and Russia officially entered Syrian war in September of 2015. Russian intervention along with Iran inclusion in the affair supported Assad regime and saved it from collapse. But despite the support, Syrian government was unable to regain control over all of its lost territories, the largest being under control of the Kurdish forces.

The only option to save Syria is now elimination of ISIS from grassroot level. But the future of Syria still looks to be in hands of Bashar al-Assad – at least as long as he maintains an alliance with Russia and Iran, his two main allies in the over-a-decade long catastrophe.

Lebanon's major parties are preparing for the May elections

Ukraine Imposes Curfew In Kyiv Till March 17 After Increased Shelling

Niger, the Sahel totalitarianism made of sand

Could Israel be heading towards herd immunity amid latest Omicron surge?