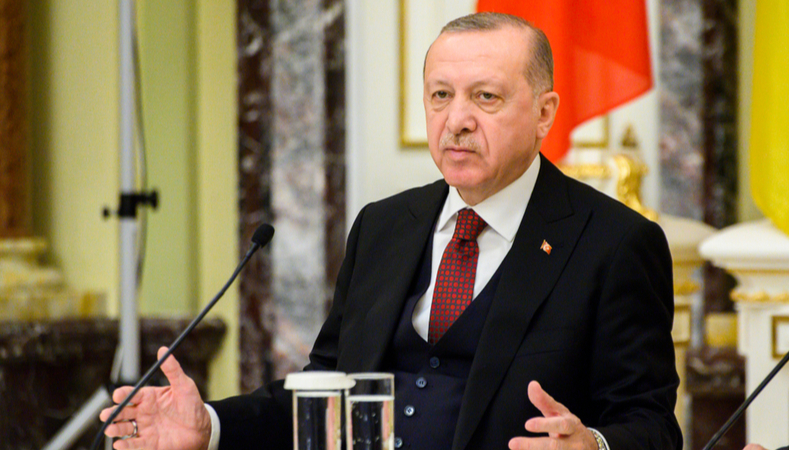 Turkey–The ten Western ambassadors in Turkey who had signed an appeal to release the anti-Erdogan philanthropist Osman Kavala, detained for over four years, will be declared “persona non grata.” The Turkish president announced, confirming what was anticipated Friday by the Arab Post. The diplomats involved are the United States, France, Germany, Canada, Finland, Denmark, the Netherlands, New Zealand, Norway, and Sweden.

“I ordered our Foreign Minister to declare these ten ambassadors as persona non grata as soon as possible,” said the Ankara leader. “They go to bed, wake up and think about Kavala. Kavala is the Turkish representative of Soros. Ten ambassadors go to the Foreign Ministry for him: what impudence! – added Erdogan -they will learn to know and understand Turkey, or they will have to leave”.

The response of the president of the European Parliament, David Sassoli, is harsh. “The expulsion of ten ambassadors is a sign of the authoritarian drift of the Turkish government. We will not be intimidated. Freedom for Osman Kavala”, he wrote in a post on Twitter. Kavala, the organization Anadolu Kultur founder, constantly engaged in promoting art, culture, and the fight against violating human rights has been in prison since 2017. He is accused of financing protests and participating in the attempted coup in 2016. Kavala was arrested when he landed at Istanbul airport on his return from a trip to the Kurdish-majority southeast of Turkey.

He took care of various projects related to the defense of minorities and human rights. Well-known at home and abroad, Kavala was acquitted of accusations associated with the anti-government protests of 2013 in February last year. Still, a few hours after the acquittal, he was joined by new charges relating to an alleged role in the attempted coup of State and therefore remained in the Silivri prison on the outskirts of Istanbul where he has been for four years.

In 2019 the European Court of Human Rights had asked for his release, and the Council of Europe, to which Turkey joined in 1950, made it known that if Kavala is not released by the end of the month, it could open a procedure for infringement against Ankara.

Lebanon Gets Approval For Gas Imports Without US Sanctions

Ten years after Gaddafi's death, the same question: is there a way to democracy in Africa?