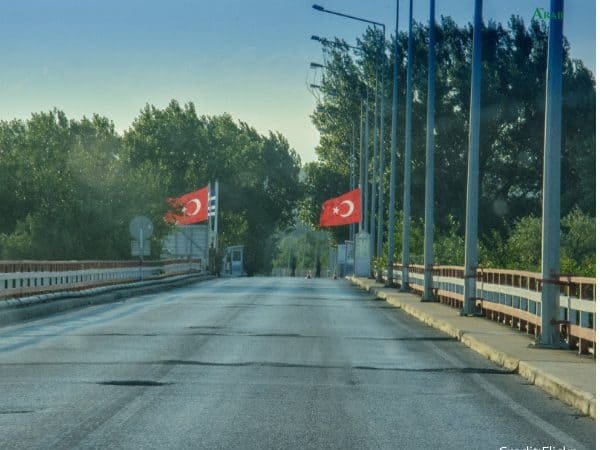 Turkey is apparently employing psychological warfare to corner Greece and pressurize the European Union to finalize a New Deal. The Greek government has put its naval forces on high alert and installed extra security as it recently came across the satellite images of Turkey preparing to forcefully send tens of thousands of migrants across the border. Greek officials believe that this could not only amplify the ongoing refugee crisis in Europe but also cripple the state which is already struggling with the deadly corona onslaught.

Greek authorities said that Ankara could be releasing corona infected immigrants to take off the burden from its health and economic infrastructure and fracture the European nation.

‘We will … continue to do whatever it takes to defend our sovereign rights and guard the borders of Greece and Europe,’ he said.

A Greek government official told The Times: ‘We have noticed some suspicious movements.

As per the intelligence reports and satellite images, refugee movement is taking place from remote inland areas to Turkey’s western shores — regions usually used by smugglers for human trafficking and other illegal activities. Greece would be the first to be hit by this wave of illegal immigrants as its islands (including It includes Lesbos, Chios, Samos, Leros and Kos) are just few kilometres away, Turkish nation, which once had a free press, is now using its state-controlled media to globally condemn Greece’s shutting down of borders to the migrants, a move the European nation executed to curb the spread of coronavirus. Turkish media is raising the issue of inhumane treatment of refugees at Greece border, while staying oblivious to its own nation’s attitude towards refugees, where the president Recep Tayyip Erdogan is using the corona positive victims as biological weapons to spread the virus in Greece. Amidst the ongoing crisis, Greece is within its rights to seal its borders to prevent the spread of pandemic outbreak. The global lockdown undertaken as a preventive measure, makes Greece call for sealing borders only a sane one, while Turkey’s move to benefit out of a genocidal crisis, comes across as an ugly political strategy.