While the French president may have spoken at length about sanctions and new beginnings, he shied away from addressing the elephant in the room.

French President Emmanuel Macron visited Lebanon for the second time in less than a month, just in time to meet the newly appointed prime minister who has been charged with instituting political and economic reforms that will help the beleaguered country unlock much-needed international aid. But observers don’t expect any radical changes from the new government at a time when economic systems are on their last leg and people are leaving the country in droves. What is needed is a complete overhaul of the political system starting with the disarming of Hezbollah.

Long before France stepped in to assert its influence on Lebanon, after the Beirut blast, decision-making had been ceded to the Iranians and their proxies in Lebanon, the Hezbollah. The ruling elite, though outwardly a mix to represent all the sectarian identities in Lebanon, is under the control of Hezbollah, the only armed group in the country. And while Macron had “long conversations” with the political class in Lebanon during his second visit, he steered clear from the actual reform necessary, which is to bring Lebanon out from under the thumb of Hezbollah.

This is only possible if the political class speaks with one voice and nothing could have inspired that better than the current situation the country is in. Instead of insisting on this, however, he only spoke of imposing sanctions and withholding aid. He could have also bargained with Iran, the source of the problem, for an independent Lebanon, using the fact that France is one of the few countries standing against the might of the United States to support the nuclear deal. For this, he first needed to concede that Hezbollah must go and that it is possible without a military option.

In all fairness, everyone is scared of provoking Hezbollah into an open confrontation. In neighbouring Syria and Iraq, Hezbollah has been working along aside other Iran-supported groups to prop up Iran’s interests, contributing not in a small way to the collapse of these countries. In Lebanon too, it is not shy to show it is working in Iran’s interests and not for that of the Lebanese people.

This has led it down the path of some reckless actions like provoking Israel, bombing civilians and endangering their lives by installing military infrastructure in civilian areas. In the protests that have been happening in Lebanon since October, Hezbollah has been a major target of the young people who have been demanding that the group be disarmed and its wings clipped.

Any party claiming to be acting in Lebanon’s best interest should also echo these sentiments. Considering Hezbollah’s tactics of rigging elections and intimidating opposition, any amount of call to fresh elections and political reform in the country is meaningless until they are removed from the picture.

Why Trump advises voters to double vote, which is illegal 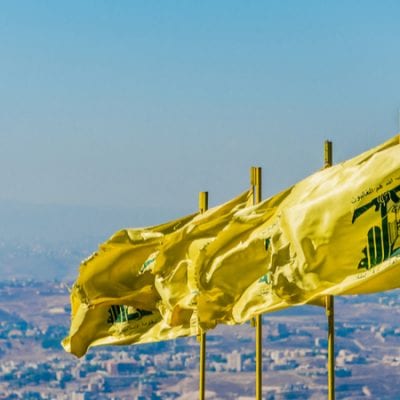