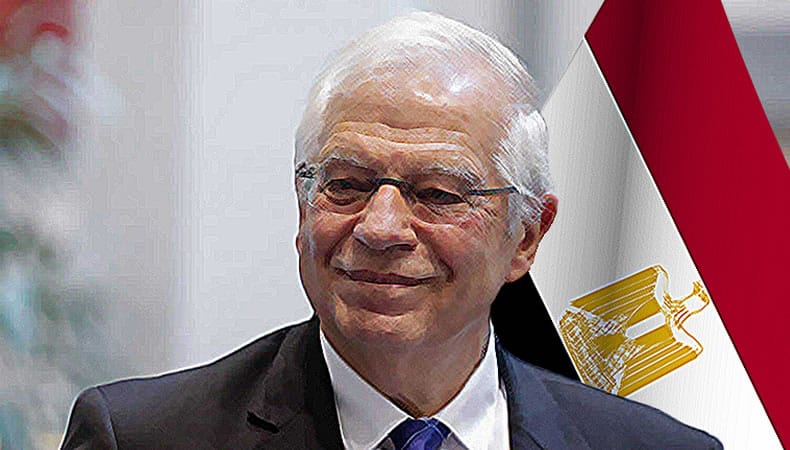 EU High Representative for Foreign Policy and Security Josep Borrell paid a visit to Cairo today, where he met Egyptian Foreign Minister Sameh Shoukry. The parties also discussed the situation in Libya, among other issues.”The red lines drawn by Egypt help maintain the ceasefire in Libya, Egypt has played a key role in maintaining the ceasefire in Libya,” Borrell said at a joint press conference. with Egyptian Foreign Minister Sameh Shoukry.

The head of European diplomacy reiterated that the European Union insists on the withdrawal of foreign mercenaries from Libya and compliance with the arms embargo. The continuing flow of arms into Libya will exacerbate the crisis in this country, stressed the EU’s High Representative for Foreign and Security Policy.

In late June, Egyptian President Abdel Fattah said that his country would be ready to help Libyan tribes in the fight against foreign interference and any direct Egyptian intervention in Libya would be legitimate. That statement came after the parliament of eastern Libya gave permission for the Egyptian armed forces to intervene in the Libyan conflict.

According to the Egyptian president, the “red line” for the advancement of troops loyal to the Government of National Accord (GNA) is the city of Sirte, located about 900 kilometers from the border with Egypt, and the province of Jufra.In Libya, the war between the Government of National Accord (GNA), Fayez al-Sarraj, which controls Tripoli and territories in the western part of the country, and the Libyan National Army (LNA) led by Marshal Khalifa Haftar continues. Both sides in the conflict accuse their opponents, claiming that they receive aid from abroad with weapons and military.

Yesterday, during her briefing to the United Nation Security Security Council on the situation in Libya, Stephanie Williams warned of the uneasy stand-off around Sirte, which imperils the lives of the city’s 130,000 vulnerable inhabitants, as well as the country’s vital oil infrastructure which comprises its economic lifeline. “While the frontlines have remained relatively quiet since June, both the LNA and forces under the control of GNA continue to benefit from the regrettable assistance of foreign sponsors to stockpile advanced weaponry and equipment”. Williams affirmed.

“Reports of imminent offensives, and reliance on social media networks to spread those rumors, exacerbate the risk of miscalculation. As a sign of increased volatility, localised tensions among armed groups, most recently in the cities of al-Asabaa, Sirte and neighboring localities, are on the rise with allegations of unlawful arrests and detention, abuse of power and targeting of civilians”. She added.

Williams concluded her speech affirming that sixteen months ago, Libya was going to attend the Libyan national conference that would have established the framework to replace the current divided political bodies with one that would have more clearly reflected the legitimate aspirations of all Libyans. According to the UN envoy, that effort was upended by those who falsely believed they could achieve their aims through the use of force. After 14 months of needless death and destruction, they did not succeed.