Yemen–Yemen is experiencing one of the world’s biggest humanitarian disasters. The situation in the nation is growing increasingly urgent seven years after a substantial escalation in the conflict began. Nearly 400,000 individuals are thought to have perished, and over 21 million people require humanitarian assistance. Hunger is pervasive, and economic collapse has exacerbated it, with millions of people uncertain where their next meal will come from.

Yemen’s ecosystem, like its people, is suffering as a result of the ongoing conflict. Yemen was already vulnerable to flooding, drought, and severe sandstorms, but the crisis has exacerbated the problem by causing a boom in deforestation and desertification.

Demand for wood is increasing

People and businesses have been compelled to cut down trees for firewood because to severe fuel shortages caused by a blockade of Houthi-controlled regions and limitations on imports into Al Hodeidah port. Since 2018, more than 5 million trees have been destroyed, with more than 889,000 trees felled each year in Sana’a alone to feed bakeries and restaurants.

The rising demand for wood has sparked a wave of deforestation, with potentially disastrous consequences for Yemen’s long-term development. Due to the strong demand and significant unemployment, several former farmers whose land is no longer arable have turned to logging for a source of income.

Climate change is costing Yemenis more than just their homes and livelihoods. The crisis has resulted in a disregard for the delicate terraced agricultural systems that have provided food and life in the hilly region for millennia. This, along with major weather occurrences, puts this way of life in jeopardy.

“One of the most serious challenges of our day is climate change, and those who have contributed the least typically face the brunt of its negative consequences.” Yemen is no different. Climate change is exacerbating Yemen’s humanitarian catastrophe, according to Ammar Abdulbaset Nagi Aldumini of Islamic Relief Yemen.

“We’ve heard from individuals attempting to make a livelihood by selling firewood because they don’t have any other options, but the landscape damage this is generating in Yemen is significant.” More people will lose their jobs and be driven into food poverty if arable land and agriculture are not available, and any long-term recovery attempts would be severely impeded. To cease deforestation, all parties concerned must first agree to end the continuing dispute. Only with a lasting end to the conflict will Yemenis be able to get the fuel they require, and only then will Yemen be able to take steps to support agricultural output and eliminate poverty.”

Since 1998, Islamic Relief has been operating in Yemen. Following the worsening of the crisis in 2015, we dramatically boosted our programs in the nation. We deliver food and cash vouchers to disadvantaged individuals, especially internally displaced people, in collaboration with the World Food Programme (WFP).

We assist health facilities in providing care and education in the battle against deadly illnesses like as Covid-19 and cholera. Islamic Relief has been supplying medicine and equipment to isolation centers in Yemen since the outbreak began, including ventilators. Forest and woodland protection measures have been dismantled, and habitat degradation has pushed some birds and other species to relocate.

Deforestation and desertification exacerbate Yemen’s already dire food insecurity by obliterating what was previously arable land and diminishing clean drinking water supplies. Millions are on the verge of starvation, and malnutrition is rampant. Many families are unsure where they will get their next meal.

People and livestock in Yemen are at risk of dying due to a shortage of water and feed, and those who rely on arable land are losing a reliable source of income for themselves and their family. 75 percent of Yemen’s population lives in rural areas, and their livelihoods are strongly reliant on steady weather conditions. Households and towns will be compelled to migrate if this is not done, contributing to one of the world’s greatest internal displacements.

Islamic Relief aims to give access to safe drinking water and provides food, fuel, and blankets to families and communities throughout the chilly winter months. We deliver food packages to persons in need throughout Ramadan to help them break their fast. To commemorate Eid al-Adha, we also provide qurbani meat bundles. Children in Yemen face severe adversity, and one way Islamic Relief helps them is via our orphan sponsorship program, which works with hundreds of children across the nation.

Why Is Iraq Unable To Elect A President? 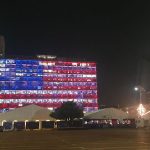 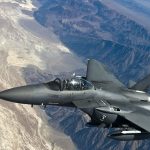