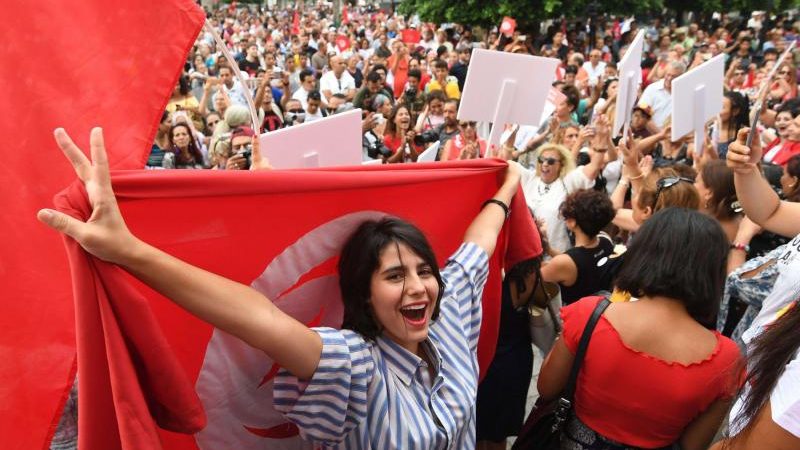 In the aftermath of the decisions of the President of the Tunisian Republic to dissolve the government and freeze the activities of the People’s Assembly for a month, the media financed by the Muslim Brotherhood began to wave the spectre of coup d’état and dictatorship. So, explains Belkis Bouali, lawyer and editor-in-chief of the economic magazine l’Observatoire Économique; in this exclusive statement to The Arab Posts, President Kais Saied responded to a popular request.

Belkis Bouali, in one of her latest editorials, describes July 25 as a historic date for Tunisia. “July 25 is a landmark date for Tunisia. On this day, Tunisia celebrates the foundation of the Republic, commemorates the death of the late President Béji Caïd Essebsi and the assassination of Mohamed Brahmi. This year, July 25, 2021, is marked by a white stone: massive popular demonstrations across the country.”

Bouali affirms that the events of July 25 in Tunisia are not a coup d’etat, but rather “represent above all an economic relief initiative under constitutional legitimacy which rings the end of the Second Republic and announces the birth of the Third Republic.” The lawyer and columnist state that young Tunisians have called for an end to the current political system, characterized by its inaction and its corruption at the highest level of the Institutions. She pointed out that the anger of the Tunisian people is extreme against Ennahdha because of the poor political and economic results achieved by Islamist parties when in power.

“Our country has been living through a severe economic crisis for too many years. The hopes aroused by the so-called Jasmine Revolution have been desperately awaited since 2011. To such an extent that the Tunisian people have become impoverished and live less well than ten days ago.” She goes on to add that: “the Covid-19 crisis was the straw that broke the camel’s back, the Tunisian people unable to take it anymore and to suffer martyrdom! So-called ruling politics Islam has only made the situation worse, with a Parliament rife with corruption and riches lining the pockets of mafia politicians.”

Belkis Bouali suggests that Tunisia must declare a state of economic emergency to get out of this chaotic situation, taking bold structural reforms. “We can only welcome the first emergency decisions taken by president Kaïs Saïed, which will make it possible to remove the politicians who are most harmful to our country. But this is only a first step, followed by other structural measures allowing for in-depth political and economic transformation. It is at this price that Tunisia will be able to emerge from the crisis and thus allow its youth to take back their lost dreams”.

Moscow doubles its contingent on the Afghan border