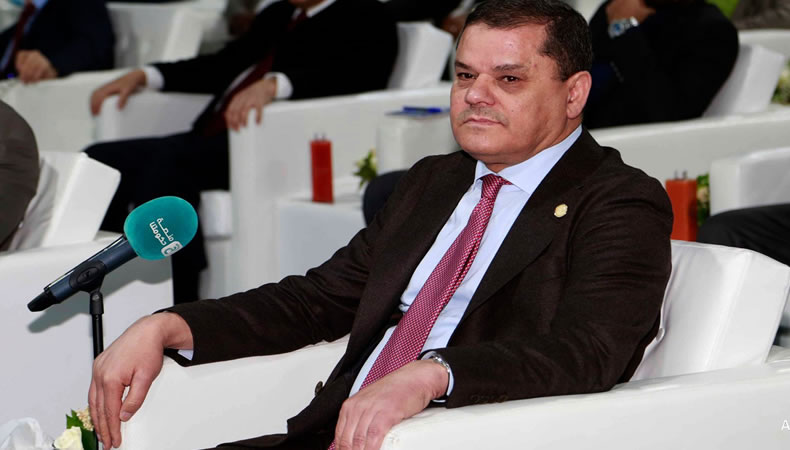 Libya– Libya’s ailing prime minister has warned that appointing a new temporary government might spark war and instability in the Mediterranean country, which has been in turmoil for more than a decade.

Prime Minister Abdul Hamid Dbeibah, speaking to Libyans late Monday, emphasized his commitment to handing over power exclusively to an elected administration. He drew up an implausibly ambitious plan to have elections in June. Any proposal to form an interim administration, according to Dbeibah, is “reckless” and a “farce” that could lead to future hostilities. He was alluding to the House of Representatives’ continuing efforts to ratify a new administration led by Prime Minister-designate Fathi Bashaga.

“I will not tolerate handing up (power) to anarchy in any way,” he stated. “The only solution,” he replied, is an election. Bashaga, a prominent former interior minister from the western city of Misrata, was nominated to establish a new interim government by the east-based parliament earlier this month. This week, he must present his Cabinet to the parliament. Bashagha’s appointment was part of a 14-month timeline that included elections.

He claimed he tried to break the impasse by negotiating with his opponents, but his attempts failed. He charged one of his opponents, commander Khalifa Hifter, with inciting “political turmoil” in the country. Hifter, who spearheaded an unsuccessful effort to retake Tripoli from rival militias in 2019, did not respond to requests for comment.

The presidential election was supposed to take place on Dec. 24, but it was postponed due to disagreements between different factions over election laws and controversial presidential candidates. Dbeibah’s government’s mandate, according to lawmakers, expired on December 24. Dbeibah called for “a truly national movement” to push for elections in an attempt to attract Libyans tired of conflict and turmoil. Since a disputed legislative vote in 2014, Libya has been unable to hold elections, causing the country to be split for years between opposing administrations, each supported by armed militias and foreign powers.

Since the NATO-backed rebellion that deposed and murdered longtime autocrat Moammar Gadhafi in 2011, the oil-rich North African country has been wracked by conflict. The Associated Press owns the copyright to this image until 2022. All intellectual property rights are reserved. Without permission, this information may not be published, broadcast, rewritten, or redistributed.