Iran–The nuclear deal is round the corner as the American government has communicated. The development comes through as Tehran has finally withdrawn its stubborn demand on IRGC terrorism designation and investigations into unexplained uranium traces, according to Washington source.

Iran had blamed the US for derailing the deal and slowing it down, though Washington says it was only Tehran to blame for not accepting the terms of the Nuclear Deal 2015.

Earlier this month, the EU also sent Tehran its “final” proposal to restore the pact, under which Tehran curbed its nuclear programme. In return, the barter has been kept simple- economic sanctions relief.

The nuclear deal was badly derailed by the previous US presidency, something that was then handled well by the Joe Biden administration. His presidency has always believed in dialogue and solutions based on that.

In 2018, then-President Donald Trump reneged on the nuclear agreement reached by his predecessor Barack Obama, calling it too soft on Iran. The Trump administration reimposed harsh sanctions, spurring Tehran to breach its limits on uranium enrichment.

The EU’s foreign policy chief Josep Borell has already said that most countries involved in the nuclear discussions agreed with the EU proposal, adding that Tehran’s response to the text was “reasonable”.

US officials have said that if the full deal were to be implemented, the IAEA could resume comprehensive inspections to detect any Iranian efforts to covertly pursue a nuclear weapon. They added that Tehran would not be allowed to have the 20 percent and 60 percent enriched uranium that it is currently stockpiling.

“Strict limits on Iranian enrichment would mean that even if Iran left the deal to pursue a nuclear weapon, it would take at least six months to do so,” the official said.

US raises concern to Saudi over activist's sentencing 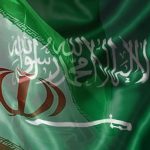 What is NOPEC and why does it matter?

Jordon Feels The Tremors Of Russian War With Ukraine